Bringing back my favorite character for the first time in almost a year! 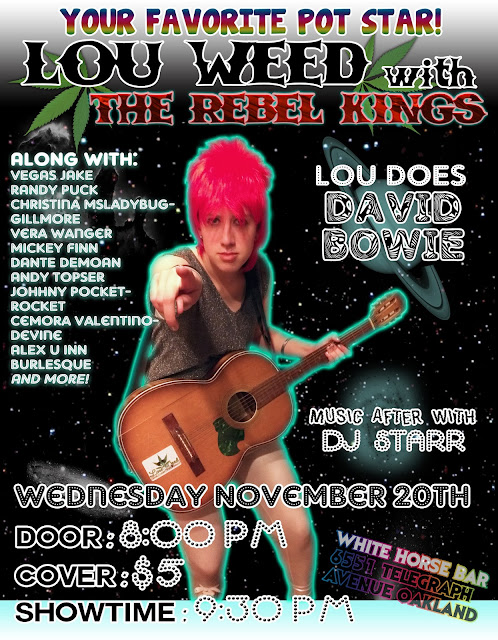 Rebel Kings shows are every first and third Wednesday!

May 17, 2016
Photos and footage that people have thought it was Joey Ramone, but is not .  Joey Ramone's brother Mickey Leigh is active on social media ( facebook ). Fairly often he seems to be answering questions  about him and Joey; largely ones looking for authentication of Joey photos.  Not Joey Ramone #1 This picture ^ is not of Joey Ramone but has been labeled and shared incorrectly as being a young photo of him. Here is the link to Mickey saying it's not a picture of Joey. Not Joey Ramone #2  I found this video while browsing through the message boards of Joeyramone.com. Holly crap! That looks JUST like Joey Ramone! I was sold that it was, until I read this: "Wow, it's a doppelganger!! If that's Joey, then who was that guy in the bed across from me in our bedroom? That is really weird. I had to look at that clip like 20 times, until I could freeze it on frames where I could see the glasses the guy was wearing , which were more squa
Post a Comment
Read more