David Bowie to release a new album this year!

Last night before I signed off and went to bed, I hear news that would later prevent me from being able to sleep because I was too excited!

In the early morning hours of January 8th, David Bowie's birthday, his website posted news about a new song and video. The single released is "Where Are We Now?" and it came along with a music video.

The music video is melancholy and interesting, Bowie appears in it as a doll in an artists loft. He comes in full bodied mid way through the video wearing a "...Song Of Norway" shirt. The lyrics, along with subtitles seem kind of nonsensical. The dolls totally remind me of his music video "Little Wonder." 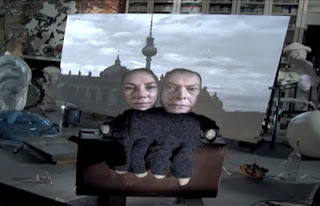 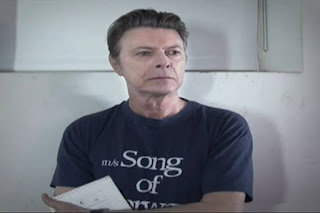 I posted the video on my FB page and got a insightful response about the music video's meaning:


"Hey Becca, to clarify some of the words for you... these are places here in Berlin that have changed rapidly since the fall of the Berlin wall (btw. some missspelled in the video :-))- i.e. the potsdamer platz (once a dead area divided by the wall now part of the city cetre and traffic junction) and the bösebrücke (which was an important east/west border crossing). Dschungel was a club he used to visit in the 70's (-doesn't exist anymore)..."

Apparently the music video and song is about his love for the city of Berlin.

A new album is due out Match 8th! 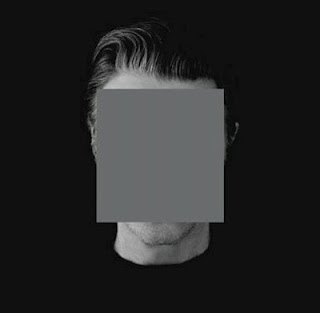 The Next Day album details:

‘The Next Day’ also features contributions from an impressive lineup of musicians in addition to Slick, including familiar Bowie collaborators such as drummers Sterling Campbell and Zachary Alford, guitarists Gerry Leonard and David Torn, and bassist Gail Ann Dorsey. Tony Visconti, who also produced ‘The Next Day,’ contributes bass, as does Tony Levin, who’s known for his work with Peter Gabriel.

“David got in touch with me out of the blue, and he said, ‘I’m ready to go back in. What are you doing? Are you around? Are you touring?’ I said, ‘No, just get me some dates.’ We started banging dates around — and he was already recording — and I went in and did all my stuff in July. But do you have any idea how many interviews I’ve done since May, with this under my belt, which I couldn't say anything about? It was horrible!”

Yes, I have. I don’t want to give too much away, but it’s really, really, really good. And it’s a bit eclectic, so it’s not all like what you heard. Tony Visconti did an interview with the BBC earlier this week, and he said that the single is very different in tone from the rest of the record. Okay, so he’s let the cat out of the bag a little bit, then — good. It’s rocking. There’s a lot of rockers on there, I can tell you that.

We don’t know. Obviously, we want him to. But right now, that’s a big if. Like I said before, sometimes he shows up and sometimes he doesn’t. I could get a phone call tomorrow saying, “Hey, you know what? Here’s the setlist.” I don’t know. I can’t speak for him or the organization. Obviously, the band would love to go out. Even if it’s not a huge tour, we would like to go out and do some gigs. But that’s yet to be seen.

My thought process is: New song means new album, new album means....new tour.
Even though there was a lot of speculation he had retired and I feared for the worst...it looks like he will make a come back. I want Bowie to release music and tour again.